“I’ve just been asked if I’d race the #OlympicTimeTrial tomorrow (so many crashes in road race..). No TT bike etc. What do you guys reckon?”

Craven again, reacting to the remarkable new WR set in the women’s 10,000m in Rio.

“They don’t exist for four years, then at the Olympics they outclass the whole world. You have to ask how they do it.”

“They’re the worst winners in the world and also the worst losers as well.” 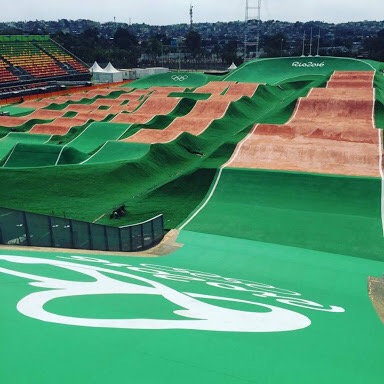 “(the track is) like Mario Kart, we’re just out there riding kids’ bikes, chasing our dreams!”

Caroline Buchanan after her first training session on the spectacular Rio BMX track.

“I’m a big girl now…but once I was just a little girl who just had a dream…and I’ve lived that dream for 22 years.”

A teary Anna Meares bows out from the Women’s Sprint – and her glittering Olympic career. What a legend.