Somewhere along the way, back in the 1980s, a great golfer became known as the ‘Great White Shark’. Around the same time an even more potent marketing drive from footwear giant, Nike, saw arguably the finest basketball player of all time, Michael Jordan, rebranded as ‘Air Jordan’ with the 1987 launch of the iconic Jumpman logo. Granted they may not have been the first athletes ever to be marketed in such a way, but certainly they took things into an entirely new stratosphere for the personal branding of athletes.

These days everyone who’s anyone in sports has a brand and, of course, a logo. This includes basketballers, baseballers, golfers, tennis players, footballers and, yes, many of the current era’s top cyclists.

See how many of these you can recognise. Then scroll to the bottom for the answers. 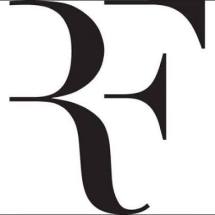 One thought on “I blame Greg Norman”