No European Posterior Man-Satchels: Saddle bags have no place on a road bike, and are only acceptable on mountain bikes in extreme cases.

I’ve always liked this rule for its ability to preserve the visual integrity of the bicycle. After all who wants to see a saddle bag swinging in the breeze like a bull’s scrotum when you’re on the rivet in an early morning paceline, race or bunch ride? Clearly it’s a pretty easy rule to adhere to if you’re in a pro team with support cars following closely behind at all times. But even if you’re not, for 45-50 weeks of the year it’s usually just fine when you’re riding moderate distances to and from a home base. But what about a trip to something like the Tour Down Under, which starts this week in Adelaide? Most of your riding, certainly if you’re hoping to follow the race routes, is two bottle stuff, especially when you consider the mercury at this time of year frequently nudges 40 degrees Celsius. You’re likely to be out for anything from 4-8 hours, so even if you’re XXXL you can only cram so much in your jersey pockets; where do you put everything else?

The answer of course is often right under your….backside.

So this week, in amongst other far more serious TDU-related tasks and challenges, I shall be endeavouring to capture a photographic ‘derriere dossier’, to document just how cycling fans in Australia deal with this truly international dilemma. If some of the things I encountered last year are anything to go by, it should be an interesting exercise indeed.

(In case you’re wondering, yes, I do own a European Posterior Man-Satchel and will almost certainly be using one myself.) 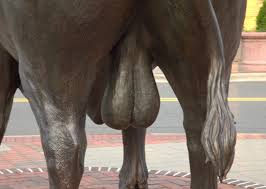 One thought on “Saddled with a dilemma”