A few years ago an American guy by the name of Ernest Gagnon tipped the scales at nearly 259kg – that’s over four Alberto Contadors or three Andre Greipels.

By his own admission, Ernest was in a bad way. Depressed and pretty much embarrassed to leave the house, his condition had led to worsening diabetes, he was losing the circulation to his legs and, best case, was staring down the barrel of some pretty major surgery. Then Ernest re-discovered cycling, and specifically cyclocross. As you can see, he’s still a pretty big unit. But he’s on the right path and he’s turning his life around one ride at a time. Good bloody work, Ernest. We salute you. 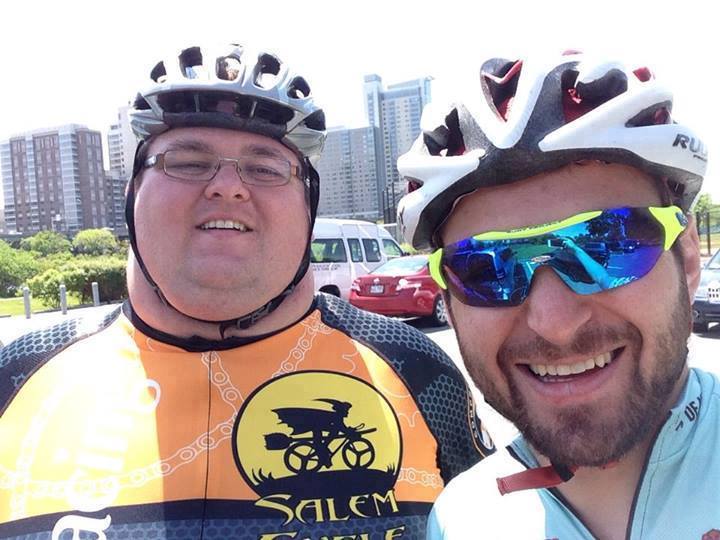 One thought on “Why does Ernest ride?”

Punchy little gravel climb to end Stage 3 at the @cro_race with @jonasvingegaard taking the win 🇩🇰 🪨 🇭🇷
Even the famously ‘unflappable’ Colombian Nairo Quintana resorted to cable ties to fend off the magpies in Wollongong last week. That'll do us 😂  🌈🐦🌈🐦🌈🐦🌈🐦
8 days 🌈
Surely the only thing that can beat @remco.ev now is a magpie attack!!
Sadly the biggest story from the men’s road race is unlikely to be the men’s road race ☹️👮‍♂️🌈
$351 for @jay_vine3 to win 🌈?
The last 9 elite men’s champions 🌈🌈🌈🌈🌈🌈🌈🌈🌈 Get excited people. This is going to be epic 💥💥💥
Heart = @_g_brown
‘Tearing’ it up Ramah Avenue 🇮🇩 😬
Wasn’t exactly beach weather yesterday for @jhindley_ Thankfully Sunday’s forecast is looking 🌞🏖️👌🏼🇦🇺
@hamishmckenzie1 bloodied after an early crash in the Junior Men’s road race. Battled on to finish 37th 👊🏼
This is Wollongong earlier today. Weather isn’t great, but hoping these racks will have at least a few bikes in them over the weekend. Whilst the vibe amongst those here is great, the crowds seem pretty small. The city centre, in particular, is like a ghost town 🤔