You’ll be hard pressed to find a more passionate defender of cyclists’ rights as road users than yours truly. But upon seeing the deeply disturbing CCTV footage (link below) from the latest cycling fatality in Sydney, all I can say is feel very sorry for the bus driver involved who now lives the rest of his or her life with the horrible burden of knowing they killed a man, albeit through virtually no fault of their own doing.

Unlike many recent incidents that have triggered a tsunami of bile across social media, this accident appears to have had nothing to do with texting and driving, poor road sharing awareness or predatory driving by a reckless motorist. Witness accounts say the victim wasn’t even on the road at all. Rather he was weaving between pedestrians on the footpath of one of Sydney’s busiest suburban shopping strips at speeds of around 30km/h.

As you can see from the video the rider then bursts into an intersection at full speed and straight into the path of the bus whose driver, no doubt, had virtually zero chance to see him until it was too late – if they even saw him at all.

This rider took a horrendously dangerous gamble with his own life in choosing to ride that way. It was pure madness. And, tragically, he has paid for it with the ultimate currency imaginable leaving friends, family and a bus driver just doing his job to live the awful consequences.

Sometimes we really are our own worst enemies. Enough is enough. 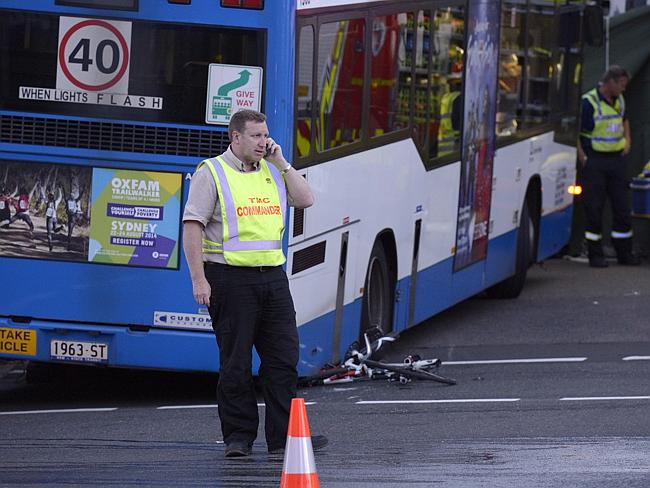 5 thoughts on “Tragedies waiting to happen”