Riding like a maniac for thirty consecutive days might make you feel like a badass and impress your mum, but it won’t necessarily make you faster.

It’s counter intuitive, alright. Especially when, as a hopelessly obsessed road cyclist, all you want to do is spend as much time as you possibly can in the saddle, day after day, week after week. Yet as the hours and kilometres mount impressively on Strava, it’s easy to lose sight that quite often this doesn’t equate to better performance. In fact, the reverse can be true. Whether it be from overuse injuries, fatigue or even the monotony-fuelled ambivalence of doing the same thing over and over, there’s plenty of evidence from people far smarter than I to suggest that simply riding a lot may actually make you slower. 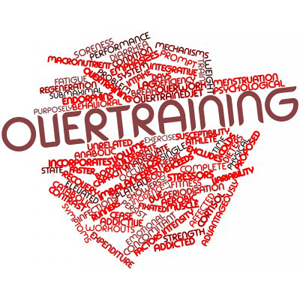 This is why at all levels of cycling – and sport in general – there’s an increasing focus on the importance of structured training and active recovery. For example, when speaking with Simon Gerrans at Mt Buller late last year, the discussion turned to how far he rides in a typical week? Somewhat surprisingly to me at the time, he couldn’t actually tell us and, instead, talked about spending structured time in saddle; his focus, and presumably that of his Orica-GreenEDGE team-mates, is entirely about time and intensity – on and off the bike. Distance ridden is largely irrelevant.

Whilst nothing like Simon Gerrans of course, I’ve also had my own experiences of late which demonstrated at a very personal level the importance of not riding like a crazy bastard all the time. I had a pretty good start to 2014 with plenty of time off in January. Coupled with good weather and a trip to Adelaide for the Tour Down Under, it gave me the opportunity to race and ride a lot, which I did all month. At the time I felt like a pig in shit. I couldn’t get enough. However, about three weeks ago the wheels started to fall off. Suddenly, I began to feel jaded on the bike. I felt unmotivated. I felt slow. It snowballed to a point where I genuinely wasn’t enjoying riding my bike and it was a struggle to haul myself out of bed to go riding some mornings – something I’d never experienced before.

I hated feeling that way and, more because I was feeling sorry for myself than any scientific approach to my training, eased back on things for about ten days. I didn’t stop riding altogether, but it was a significant cut-back. And guess what? My body recovered. Since getting back into things this week I’ve felt better than I have for months. My speed is up. My enthusiasm is up. My love for all things bike has returned. The world is good again.

How long will it last? Who knows? I guess the trick is not to get too carried away like I did in January. We need to pace ourselves and focus on the end game, not the prime.