This one comes from the ever-acerbic BikeSnob NYC. Hilarious, especially the last bit. (If you don’t follow this blog, you should: http://bikesnobnyc.blogspot.com.au)

“Cyclists love to argue about waving to each other. Some of us are quite whiny about it. “The stuck-up roadie didn’t wave to me, wah, wah, wah.” Whatever. Get over it. For some reason, Americans can’t ride bicycles without receiving acknowledgment and encouragement at least every five minutes. We need constant validation that we bought the right thing and look the right way and that we’re saving the Earth.

Hey, if you’re not actually receiving the finger from somebody then that should be good enough for you.” 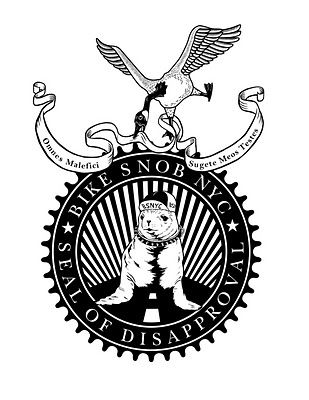 Brilliant stuff from @jay_vine3 in Turkey. The Aussie mountain goat has had to wait a while for his first start for @alpecinfenix but he’s sure made it count with a superb 2nd on the stage. He’s now second on GC too 🚴🏻‍♂️🥈🇦🇺 💪🏼
Bold riding from @miles_scotson takes a solo win in Spain 🇪🇸 despite sliding out on a roundabout with 4km to go! @comunitat_valenciana @equipegroupamafdj
You wait three years, then two come at once 🥇🥇
First ride in the rain for a while this morning. Really enjoyed it. 🌧
Stumbled across this in one of my club’s old newsletters (circa 1976). 45 years on and it still rings very true today, whether your sport is cycling or tiddlywinks. What kind of member are you?
‘Big’ news out of Flanders 🤷‍♂️
5 weeks to go! @mudgeeclassic @bicyclingaustralia
On the contrary...it’s just the start 💥
Sydney has been getting a fair old bath this week, have to sneak outside when we can 👌🏼
When old is new 🚲💫 👌🏼 #tecnos #daytona #colnago
Registrations now open for the 2021 @mudgeeclassic Get on it folks 🚴🏼 💨 Sunday 2 May 2021
After a false start in 2020, the @MudgeeClassic Gran Fondo is back ... Sunday, 2 May 2021 👍🏼👍🏼 Just booked my accomodation, can’t wait! Early Bird registrations open soon and with a lot of entries already snapped up from 2020 entrants, you’ll need to be quick!! 🚴🏼💨 🍷