As 2013 coasts slowly to a stop, Carbon Addiction has been granted unprecedented off-season access to several key figures from the WorldTour to discover their hopes, dreams and fears for 2014*.

Brian Cookson. “I hope world cycling thrives as well as my beard, just with less grey patches. Be splendid to get Knighted like Sir Bradley of course, but perhaps 2014 might be a bit too soon for that. I’ve met Her Majesty several times, you know…she rides a fixie.”

Peter Sagan. “To perform ‘no hands mono’ as I cross line first on Champs Elysees, then bunny hop onto the podium to kiss the pretty gerlz.” 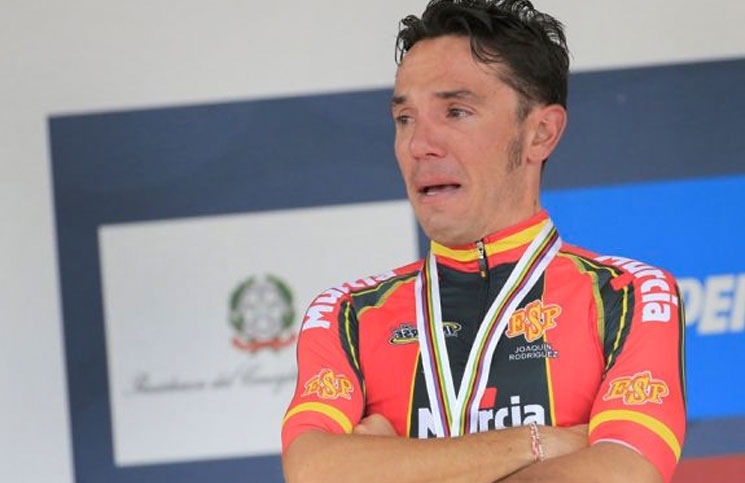 Joaquim Rodriguez. “For Senor Valverde to fall off a mountainside at the Tour, so I can finally win the rainbow stripes without him &@$ing everything up, he may be Spanish but he’s more annoying than a piece of festering chorizo. I would also enjoy very much if Spain beat Australia 12-nil at the World Cup. You may have good cyclists but your footballers are shit. France scored six goals against them. SIX?!”

Caleb Ewan. “To win. Everything.”

Alberto Contador.“If Bjarne asks me to ride in Mexico or China, that’s it – I’m going vegan.”

Chris Froome. “For Richie to supress his Tasmanian ambitions just a little bit longer, say the next seven years or so? Oh, and to be given a stem so tall that I can stare at it all day long without taking my eyes off the road.”

Hearing reports the sock police were out with their rulers in Ballarat for the #RoadNats time trials on Wednesday… and not just the elite races 🙄
Lismore getting its bikes on 👌🏼
New year, new skills.
How’s the serenity?
Tourist ride this morning. Loved exploring my home town, it’s easy to take how beautiful it is for granted 🌟🌟🌟🌟🌟
Morning Sydney 👋
Seasons Greetings everyone. Whatever Xmas Day has in store for you, may it be safe, happy … and involve two wheels at some stage 🎄🎅👊🏼
Says it all ☀️ 🚲 🙏🏼
‘Tis the season (Part 2) 🎄😂
‘Tis the season 🎄
Love a flashy bauble 🎄
The things you see out riding 🦕🦖