As you probably already know, tonight is the Jayco 2013 Australian Cyclist of the Year Awards. To be held at Melbourne’s ubiquitous awards venue, Crown, the night will culminate in the awarding of the Sir Hubert Opperman medal to the Australian Cyclist of the Year. But how much do you know about the man himself, Oppy? I must confess that whilst of course I knew of him, I didn’t really know much about him at all until recently when I was researching the history of the Melbourne to Warrnambool Classic. 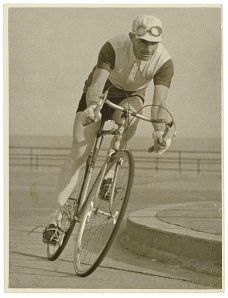 Born in Rochester, Victoria on 29 May 1904, Sir Hubert Ferdinand Opperman was without much doubt the most influential Australian cyclist of the early to mid 20th Century, riding on both track and road. 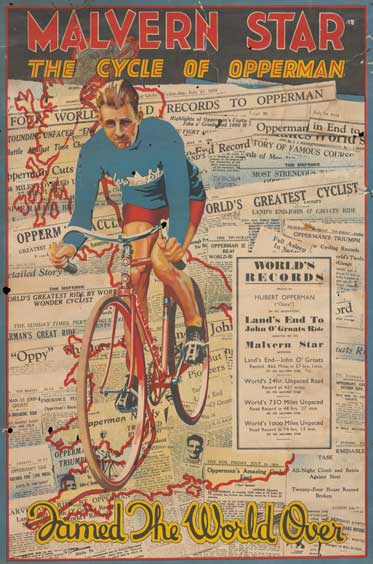 Racing virtually his entire career for Malvern Star, who today honour him through the OPPY range of road bikes, Opperman rode the Tour de France twice; in 1928 for a combined Australasian team where he finished 18th and again in 1931 when he came 12th. On the same trip in 1931 he also won the epic 1,166km Paris-Brest-Paris race in a shade under 50 hours, a result he considered to be his finest ever win.

Whilst achieving considerable success overseas, many of Opperman’s finest results actually came in Australia. Amongst many other victories and records, he won the Blue Riband (fastest time) in the Melbourne to Warrnambool three times in the 1930s, when it was still run as a handicap. He also won the Goulburn to Sydney Classic twice from scratch and was the fastest rider three times.

Like many athletes of his era, Opperman’s competitive riding career effectively ended with the onset of World War II when he joined the RAAF. Serving from 1940 to 1945 he raced briefly after the war but retired for good in 1947.

Opperman continued cycling until he was 90 and some sources even suggest – perhaps more poetically than factually – he died on an exercise bike in 1996, aged 92.

An obituary ranked Opperman alongside Bradman and Phar Lap as an Australian sporting idol. Somewhat sadly, given the number of Australians who today have little clue who he is, his memory has been rather less enduring outside of cycling circles. That said, naming the Australian Cyclist of the Year Award in his honour is a small but hugely fitting way to ensure his legacy continues for years and generations to come.

View all the 2013 finalists here