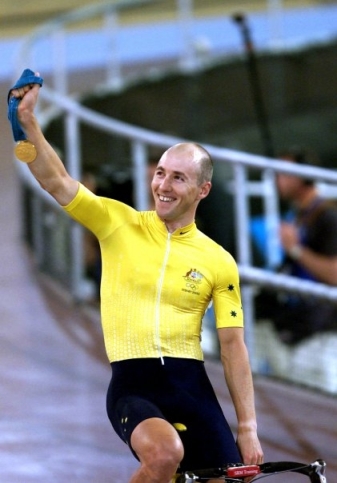 The Men’s Madison. It was one of the great moments on the track at the Sydney 2000 Olympics Games as two Aussies – Brett Aitken and Scott McGrory – flung each other around the Dunc Gray boards to claim a hugely emotional gold medal before a frenzied home crowd. Both have long since retired from the sport. But whilst McGrory is still a regular presence on our television screens, whatever became of his partner in crime, Aitken?

Having also won Olympic silver in the team pursuit at Barcelona 1992, and bronze in the same event at Atlanta 1996, Aitken was awarded the Australian Sports Medal for his achievements in 2001. He rode on until 2004 when he retired from elite cycling, but made a comeback on the road in 2006 with the South Australia-based Savings & Loans continental team on the Oceania Tour. He also rode the Tour Down Under with the UniSA team.

These days Aitken, 43, is Owner/Director of JT Cycles in Adelaide. He still rides competitively, blitzing the local criterium circuits any chance he gets. 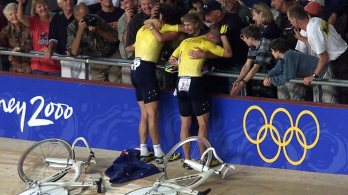