In a remarkable stroke of good fortune, Carbon Addiction has overnight come into possession of never-before-released transcripts of a far-reaching interview with Tour de France founder, Henri Desgrange, apparently conducted via an Albanian mystic with a ouija board made from the same carbon fibre as Chris Froome’s Pinerello Dogma.

Q: Monsieur Desgrange, did you ever think your tour of France would make it to a 100th edition?

HD: Non. Frankly, I cannot believe we made it to two tours.

HD: Don’t you read history books, my friend? It was inhuman what we put those riders through. 400km stages? No support allowed. I never thought they’d say yes, really it was a joke to sell newspapers (L’Auto). But zee riders, well, they needed zee money so they said “oui”!

Q: What do you think of the race in modern times?

HD: Well, I have been dead since 1940, you know. But from what I have seen I am not impressed. Zee riders today are, ow yu say, soft cockerals. I would never have written about them, except maybe the Jensie. He’s okay for a German.

Q: Really, soft? The speeds and power levels of today’s riders are incredible compared to your day.

HD: Of course, but put them on a shitty steel safety bicycle, feed zem nothing but cheese and baguettes, make zem wear tubes around their necks and see how they go. Puzzies. All of them.

Q: What do you make of all the recent doping scandals?

HD: I cannot see zee problem. Everyone was cheating in the early days. When I broke zee hour record I was coked to zee eyeballs. Then I made a fortune turning a blind eye as an organiser. You want to catch a train for 20km? Pay 50 Francs and good luck to you. Sabotage a rival’s tyres? Clever tactics, I say. Perhaps zee little Irishman McQuaid is like Monsieur Degrange, non? I hope he gets re-elected. Nice guy. I thinks with his eyebrows he looks a bit like zee ex-Australian primo minister, Johnny Hoogerland, non?

Q: So let me get this straight; you think disgraced riders like Lance Armstrong were actually hard done by?

HD: Of course! Zee Texan should be celebrated. A man who went further than any other to wear the yellow jersey. Nothing could stop him. Total commitment. Look at how many newspapers he helped to sell. EPO? Blood transfusions? Oprah? Genius! Before Armstrong no-one outside cycling talk about cycling. Now everyone talks.

Q: He did sell a lot of newspapers.

HD: Oui, just think how much money L’Equipe made from him. Ooh la la.

Q: Team Sky are the dominant force at the Tour at the moment, last year with Wiggins and now with Froome. Who are favourite riders from over the years?

HD: Apart from myself?

Q: Yes, apart from yourself.

HD: Well, none of zee recent puzzies that’s for sure. I always liked Maurice Garin who won zee very first race. Le petit ramoneur (The little chimney sweep) was mad as a Flemish brewmaster. He won by over 3 hours in 1903 – and increased L’Auto sales by 600%. Magnifique. He won Paris-Roubaix twice too, you know. 1897 and 1898. We paid him peanuts. Really, we did. My uncle owned a peanut farm in Provence. Thankfully Garin was non allergic.

Q: What about Eddie Merckx? Five time winner. The best of all time.

HD: I hated him for being so good. I danced in my grave the day he retired. You see, I can’t stand zee Belgians. From Defraye in 1912 (Odile Defraye was the first Belgian winner of the Tour, his victory was followed by another Belgian, Phillipe Thys, who triumphed in 1913 and 1914) I tried to keep zem out of my race, but it was not to be. Determined peoples. And smelly.

HD: Oui. The stench of all those garlic muscles they eat. You try standing next to one. The podium girls, they moan and groan whenever Merckx wins. They have to kiss kiss him. Can only hold their breast for so long, sorry I mean breath. (Smirks). Mind you, the Cannibal liked to do that other thing too, of course. Many good riders did, Anquetil was the worst. I would have liked to do vino with him. Good rider, even better wing man!

Q: If you were still alive and had Christian Prudhomme’s job, what would you change about the Tour?

Q: Wouldn’t you be worried about the media reaction to changes like these? They’re a bit controversial.

HD: Media reaction? The Tour was, is and always will be the media my friend. Whether zee news is good or bad, we sell more papers, sponsorships and VIP tour packages. Unlike the riders, we can’t lose. Controversy is good. Very good. Did you see the GreenEDGE bus on Corsica? Brilliant!!!

Q: Well, I think the mystic needs to go to the toilet, Henri, so we might have to stop it there. Thanks very much for your time. See you again in, say, 100 years?

HD: Sure, I’m not going anywhere. 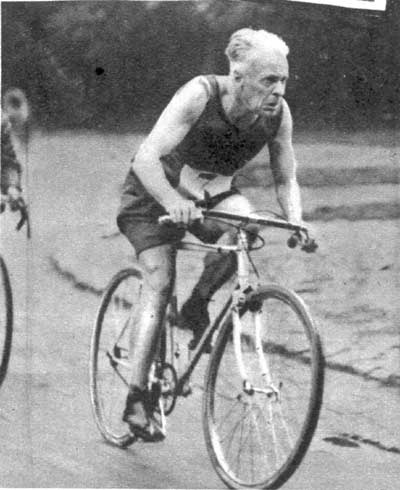 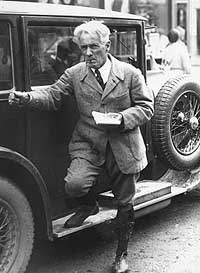 (Pretty clearly this is all made up. Whilst factual in places, the majority of this article is even less credible than a dodgy 1990s Spanish sports doctor).