You know when you flick through old photo albums, and are embarrassed at what your folks had you wearing back when you were a kid? Well, national federations and pro cycling teams are just as culpable in my book. And you don’t have to look very far to see why. This sport we love has been responsible for some truly heinous fashion crimes over the years. It’s time for those nefarious designers responsible to step forward and fess up, so we can all move on.

Whilst cycling isn’t the only sport whose fashion police have clearly spent long periods fast asleep at the wheel (the Socceroos “paint splat” uniforms from 1993 are a notable example, as were pretty much all the outfits worn by Mexican Goalkeeper, Jorge Campos, during his colourful career), blood doping clearly isn’t the only issue Pat McQuaid and the UCI need to be sorting out in 2012. It’s only a matter of time before Four Corners gets involved. 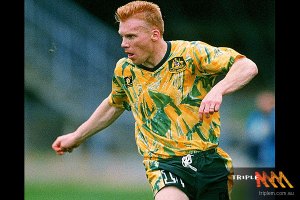 So where to begin?

Well, firstly I propose an official amnesty for anyone involved in the 1980s and early 1990s – a period of undeniably questionable sports styling. In an era famous for its acid wash jeans, parachute pants, mullets and fluorescent leotards, what could we really expect? Cyclists of the period never had a chance.

No, my ire is aimed squarely at far more recent abominations. Ones that only happened because decision-makers who should have known better, far better, showed a total absence of duty of care to their riders. (Either that, or a wickedly cruel sense of humour.)

For example, I’d like to ask Cycling Australia President, Klaus Mueller, who decided it would be good idea to put the 2012 Aussie Olympians in their lemon “look at our vagina” pants? And, seriously, were the powers-that-be at USA Cycling really surprised their girls were crying in public, knowing the entire world was staring at their private parts as they sang the Stars & Stripes? 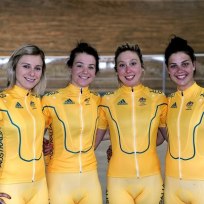 Or how about my personal favourite: the Fuji-Servetto Pro team of 2009? Imagine when they saw their team kit at the start of the season. Every time these poor bastards rolled up to the start line, well, they must have thought they were part of a Cirque du Soleil troupe in Vegas. No amount of money can compensate for the kind of abuse and ridicule that was hurled at them across the roads of Europe. The embarrassment must have been excruciating. The psychological scars will take decades to heal, if ever.

At a time of unprecedented upheaval in the sport, these may seem like trivial matters. But I couldn’t disagree more. For at its very heart, the roots of this problem germinate from exactly the same questionable soil as doping. Those in charge of Teams, Federations and even local clubs must take responsibility for turning a blind eye for too long, and inflicting years of unimaginable pain on young, impressionable cyclists who – like many of US Postal’s young riders have since testified – were simply following orders. To ignore it and hope it goes away will only lead to more fashion scandals in the future. And a lost chance to clean up the Lycra wardrobes of cyclists all over the world. Once and for all.

Footnote:
In case you’re wondering, I have intentionally left Mario Cipollini out of this article. The legendary Italian’s racing wardrobe was in a class of its own; a class that simply defies explanation. Unless you’re a zebra. 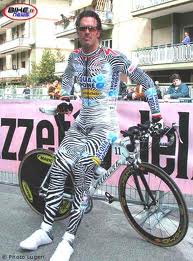 Mates. Bikes. Sunshine.
Great to chat earlier with this legend (just out of Covid iso in Switzerland) about his role as an ambassador for the 2022 UCI Road World Championships in Wollongong next month. Can. Not. Wait. 🌈🌈🌈
Chances are Mavi Garcia had a worse day than you 😬 #TDFF
Same day. Same country. Two very different tales. The agony and the ecstasy of le Tour.
… and it happens again, this time on the biggest stage of them all. Doh! 🤦‍♂️
…and 11 years on, @the_real_cadel has company at the Grand Tour winners’ table. Well bloody done @jhindley_ 🏆🇮🇹👏🏼👏🏼👏🏼
Why so serious? @jay_vine3 takes 2nd on GC in Norway despite a nasty crash on the final stage 🇳🇴 Good stuff Aussie 👏🏼👏🏼👏🏼
Reviews coming soon to @bicyclingaustralia 👍🏼👎🏼
The ‘twang’ of imminent doom. No ride for me this morning 😬😞
New (Koori) kit day thanks to @prism.bike & 2015 @naidocweek Artist of the Year @darendunnofficial Funds from every sale help to support Darren’s “Get Black on Your Feet” program. Love it guys 👍🏼
Cheeky fans left some rather interesting road markings at @amstelgoldrace #Wanksy on tour, perhaps 🤔
Out stalking cyclists (and good coffee) this morning in Launceston 📷 for @bicyclingaustralia 👍🏼 Always a pleasure ☕️